The Silence of the Lambs

The Silence of the Lambs

The book is about Clarice Starling as she begins an internship with the FBI's Behavioral Section which deals with serial killers. Her first task is to meet Dr Hannibal Lecter, a mentally ill multiple murderer and cannibal who is a psychiatrist by profession.  The woman falls into his psychological trap but in return she receives a small portion of information about Buffalo Bill, a serial killer who terrorizes the United States by kidnapping, murdering and flaying young women...

In my opinion, the character of Dr Lecter is very engaging and interesting. The advice he gives Clarice Sterling is sophisticated and intriguing. The manner and description of Buffalo Bill's nurders are unique. The book is not only a great story but also makes the reader fall for psychological tricks... 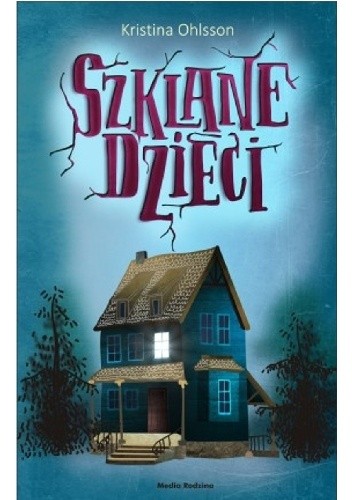 Billie is forced to leave the only home she’s ever known when her mother decides they should move to a new house in a small town. Musty furniture and odd belongings fill the old, dilapidated building, the ghostly remains of its previous tenants - including two small glass figures, one boy and one girl.

The neighbours and local community are hiding something, Billie can tell - a secret about the house, a secret of its past. Then Billie notices that the glass figures have moved when the house was empty. Soon after, a tiny handprint appears on a dusty table - the handprint of a small child. Billie is certain that they are being haunted. But her mother thinks Billie is making it up. With the help of her new friend Aladdin, Billie desperately tries to uncover the house’s dark, tragic history . . . leading her closer to the chilling truth. (from the publisher)

The book is absorbing from the very beginning. Its dark plot works on your imagination. You can feel good following the story and learning new secrets of the house together with the heroine. There are many moments that will keep you in suspense. The plot is not obvious and full of surprises. After reading the book, I wanted to immediately read the next part.

I recommend “The Glass Children” to everyone who likes dark stories. In addition, the book is not too long, so also perfect for those who are intimidated by thick volumes :)

I'll Give You the Sun

I'll Give You the Sun

The book depicts the story of two twins, Noah and Jude, who are practically inseparable. Unfortunately, at some point their bond weakens. Each of them faces new problems that they have to deal with on their own.

In this book, the author addresses important issues such as love, passion, self-discovery and family ties. The characters are very well created and each of them perceives the world differently. Surprising threads combine into a beautiful, charming story. The descriptions in this book are so wonderful that it feels as though it consists of images instead of pages with printed words. The novel is very humorous, involving, moving and well-written. I can recommend this book to everyone who likes beautiful stories full of life and surprising plots with a bit of mystery.

The novel “Seven Husbands of Evelyn Hugo” begins when Monique, a journalist in her thirties, gets a proposal to interview the eponymous actress Evelyn Hugo. The only condition is that Monique does not publish her interview with the actress before the star’s death. The actress had seven husbands in her life, and this makes fans around the world wonder: why? Who was the greatest love of her life? Monique learns everything during their conversations…
The wisdom that flows from this novel is not to give up and just follow your dreams. In Evelyn’s case, the price sometimes seemed too high, but she faced bravely the challenges life put in her way. She is an example of a person who is afraid of many things, but has the strength to reach to the top. As a result, the world began to love her, and no one knew the real Evelyn. The greatest advantage of the novel is the well-created main character with a tough, uncompromising character, striving to achieve her goals and defending her loved ones at the same time. Each subsequent divorce or scandal is really nothing surprising.
Although Evelyn Hugo is a fictional character, her colorful personality captivates the readers and takes them into the world of Hollywood. Her charisma and temperament attracts, although not everyone will like her. It is a brutal and honest representation of the determination of a woman who wants to achieve everything. Knowing her entire history, it is not easy to judge her unequivocally.
I would love to see the screening of “The Seven Husbands of Evelyn Hugo” because the novel itself reads as if you were watching a movie. This story could have happened… It probably did happen in a slightly different configuration…

This book will undoubtedly delight fans of old cinema, when films followed different rules. It is a lot of fun to look “behind the scenes” into this life spent in the spotlight.

Gone with the Wind 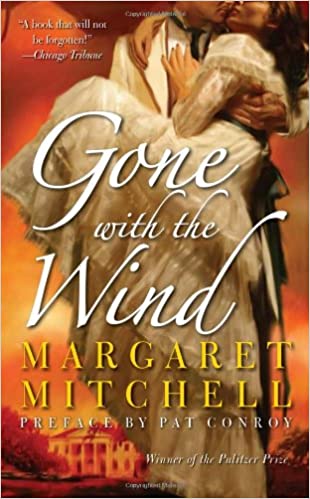 Gone with the Wind

Scarlett O’Hara, the beautiful spoiled daughter of a well-to-do Georgian plantation owner, must use every means at her disposal to claw her way out of the poverty she finds herself in after Sherman’s March to the Sea. (from the publisher)

The book „Gone with the Wind” (and the film based on it) is, in my opinion, a must-read (must-watch). Why? First, we can learn from it what the life of the southern aristocracy was like before, during and after the Civil War. Second, the author introduces us to a person that no one should follow. The main character is Scarlett O’Hara, the only one who keeps her head in these difficult times and takes up the difficult challenge of surviving and maintaining her family. After some time, her efforts are rewarded - she becomes the wife of a wealthy man and becomes a great lady. Although, as I mentioned, Scarlett sacrifices herself for the sake of her family and friends during the war, she cannot be called a positive figure. In fact, she is a spoiled, selfish and conceited maiden who loves Ashley immensely. She always wants more, even when she has everything she is still unhappy, and she loses the greatest thing the world has given her - her family.
The book is worth reading and the movie is worth watching because they give us a model of how we should not act. Although Scarlett has achieved a lot, she has not known happiness, it has turned away from her. However, one thing she can boast about is that she has never given up and always hoped for a better tomorrow. This is the only good thing about her.